Discovery from the Nicolaus Copernicus University: The unique landscape in the Suwałki region was created by a gigantic flood 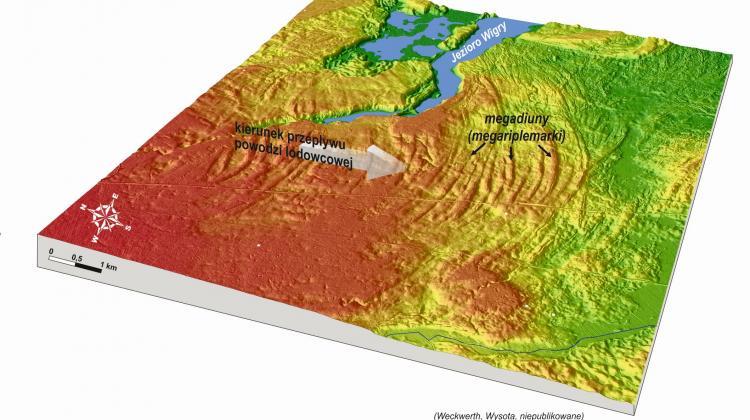 One of the five largest known megafloods in the world`s history happened in the Suwałki region several thousand years ago. Its effects are still visible today. The breakthrough discovery of scientists from the Nicolaus Copernicus University changes the thinking about the landscape of Central Europe and, for example, explains the genesis of Lake Hańcza.

15-17 thousand years ago, during the glaciation, one of the five largest known floods in the history of the Earth passed through the area of today`s Suwałki. The source of this water was melting ice sheet. The flood carried 2 million cubic meters of water per second. It is 10 times more than the average flow of the Amazon River, or 2,000 times more than the average amount of water that flows from the Vistula to the Baltic Sea. The flood probably lasted only a dozen days or so, but its effects are still visible today in the landscape of Central Europe, including the north-eastern part of Poland.

Researchers from the Nicolaus Copernicus University in Toruń have just announced in the journal Earth-Science Reviews (https://www.sciencedirect.com/science/article/pii/S0012825219300479) that such a flood occurred in the Pleistocene. This allows to have a different look at some geological structures in the Central European landscape.

"This research sheds new light on how the system of meltwater valleys in Poland was created" - says Dr. Piotr Weckwerth, a profesor at the Nicolaus Copernicus University, the lead author of the publication. He adds that the research also explains the genesis of the Lake Hańcza - the deepest Polish lake.

Over a dozen thousand years ago, the Scandinavian glacier was retreating from the area of today`s Poland. The amount of ice it collected was unimaginable: in the central part, the ice was 2-3 km thick, and at the edges it reached about 250-300 meters. The location of unique landscape in the Suwałki region, shaped by a huge glacial flood. Source: Piotr Weckwerth, Wojciech Wysota

It can be assumed that ice covered vast areas of Poland north of Poznań, Szczytn and Suwałki. When the ice sheet melted, sometimes lakes, in which water accumulated over long periods, formed under the ice or on its surface.

The flood in the area of today`s Suwałki probably happened when the bottom of one of such gigantic lakes on the glacier became unsealed. Water started to flow from it with a huge speed. "Such a lake could have been about 30 km in diameter" - says Prof. Piotr Weckwerth.

The place where water was falling from the surface of the glacier towards its substrate and further into the foreground, according to the findings of scientists from the Nicolaus Copernicus University; was Lake Hańcza - the deepest lake in our part of Europe. "You can see traces of heavy erosion under the ice, caused by water, which cut the ground with great force and threw material away from the glacier foot" - says the second author of the paper, Prof. Wojciech Wysota.

During the flood, the area was flooded with water more than 20 meters deep, which flowed at over 55 km per hour. This water was following the system of meltwater valleys to the southwest - first in the direction of today`s Biebrza, Narew and further - towards the present-day Germany, the North Sea, the English Channel, and finally the Bay of Biscay, the scientists explain. (The North Sea and the English Channel were not under the water during that period, they were land).

WRINKLES BEFORE THE GLACIER FOOT

This gigantic flood from several thousand years ago was discovered by accident. "I was browsing the Geoportal where, among other things, a Lidar image of the relief was presented, and the Suwałki region caught my attention. I suddenly understood: I saw forms that resembled something familiar" - says Prof. Wysota.

He explains that at the bottom of the river, sometimes a few centimetres long wrinkles are formed, for example in the sand. They are called ripple marks. When he looked at the Lidar image of the area to the south of Lake Wigry, he saw similar shapes in the relief, only considerably larger: the wrinkles were up to 8 meters high. And that meant that a lot of water used to flow through there.

Professor Wysota knew how to explain the existence of such huge ripple marks in the light of recent research: similar forms had been observed in the state of Washington in the US, or in Altai. They were described in detail and it was proven that they formed as a result of large glacial floods. And that meant that we also had a similar flood in our part of Europe.

By analysing the parameters of these wrinkles, scientists were able to determine the amount of water that had flown there and the course of the flood in that area. The pieces began to fall into place.

Dr. Piotr Weckwerth says that the origins of the Warsaw-Berlin and Toruń-Eberswald system of meltwater valleys in Poland and Germany used to be a mystery. "The valley system must have formed as a result of the flow of large amounts of water, but no one knew where it came from. We provided evidence that those were powerful, disastrous glacial floods, in which the accumulated in lakes on the surface of the ice sheet flowed. They supplied huge amounts of water that shaped the network of valleys and meltwater valleys" - he says. 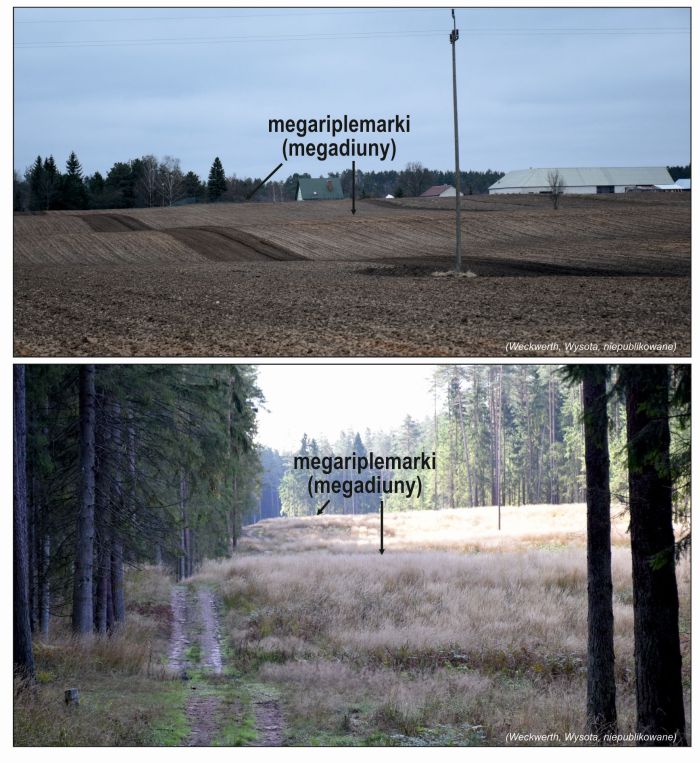 He adds that there is evidence that such floods originating from the ice sheet were recurring also in other areas of northern Poland.

As part of the National Science Centre OPUS 16 grant, Dr. Piotr Weckwerth and his team will conduct more detailed studies on the occurrence of such glacial floods in the Pleistocene.